There is no atmosphere comparable to throwing yourself in the midst of thousands of passionate German fans to witness Germany's elite go toe to toe. If you fancy a trip to Munich why not pay a visit to the stunning Allianz Arena with Bayern Munich tickets, or why not place yourself in the midst of the infamous yellow wall with Borussia Dortmund tickets. Whatever Bundesliga football tickets you desire Football Ticket Pad can provide you with them so count on us to secure you the best tickets for German football this season, all backed by a 100% ticket guarantee.

Football Ticket Pad can provide tickets to every Bundesliga game and believe us, German football matches never fail to disappoint. This season, Bayern Munich will be attempting to retain their title and you can see if they succeed with Bayern Munich tickets as Carlo Ancelotti tries to bring instant success and follow in the footsteps of his predecessor, Pep Guardiola in the Bayern hotseat. It will not be easy and they face stiff competition from the likes of Wolfsburg, Borussia Monchengladbach, Schalke and Bayer Leverkusen as well as from their main rivals, Borussia Dortmund.

The Bundesliga will also welcome new boys SC Freiburg and RB Leipzig into the league following their promotion from the second tier and you can see how they get on with your Bundesliga tickets. However, as two teams come up, two teams must go down as Hannover 96 and Stuttgart waved goodbye to the German top division for the 2016/17 season.

The Bundesliga is arguably the best league in Europe at present with a wealth of great teams and fantastic stadiums that are phenomenally well attended. Last season, Bundesliga matches had an average attendance of 43,000, and it’s no wonder they are so well supported with some of the best players in the world playing in the German Bundesliga. If you have never experienced a German football match live you are missing out; but change that this season thanks to Football Ticket Pad.

Last season the Bundesliga remained the best attended football league in the world so customers have to move fast to catch the likes of Bayern Munich and Borussia Dortmund in action. Football Ticket Pad is the best place to be for Bundesliga tickets! Get yours now and enjoy all the thrills of another incredible Bundesliga season. 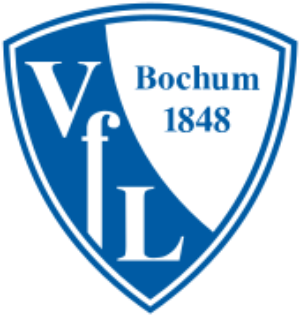