The Barclays Premier League is the primary football competition in England, with 20 top teams competing and playing 38 matches over a long and dramatic season.The Premier League is synonymous with a fast-paced, intense style of play and games are frequently high-scoring and immensely entertaining. It is the most watched football league in the world and some of the best and most well known players, teams and managers compete each year for the illustrious honour of lifting the Premier League trophy.

The modern Premier League as it is today known was originally called the English First division. Under its previous guise the team to beat were Liverpool and especially in the 1970s and 1980s they dominated the competition. Liverpool have claimed the Premier title 18 times, but the last time they won it was in 1990 and they have not lifted the trophy since the competition was re-branded as the Premier League.

Since the Premier League’s intervention in 1992 we have seen plenty of turbulent campaigns. The English top flight has really has it all over the past 25 years. Manchester United firmly established themselves as the best team in English football under Sir Alex Ferguson, winning a record 13 league titles. We have also had the memorable Arsenal ‘invincibles’ campaign in 2003/2004, Sergio Aguero’s last gasp title winning goal for Manchester City in 2012 and how could we forget the fairytale triumph of Leicester City last year under Claudio Ranieri.

The joys of title success are also met with the despair of relegation with 47 clubs competing in the Premier League to date. Arsenal, Chelsea, Everton, Liverpool, Manchester United and Tottenham Hotspur are the only clubs to carry the proud record of never having been relegated from the top division. You can buy your football tickets for every Premier League game this season with the added bonus of a 100% ticket guarantee.

The 2016/17 season is more exciting than ever! Pep Guardiola and Jose Mourinho reignite an old flame in charge of both Manchester clubs after having a fiery relationship in Spain with Barcelona and Real Madrid. Antonio Conte also takes charge of his first season at Chelsea with other personalities like Jurgen Klopp taking Liverpool in his first full season at the club. Can the ever-present Arsene Wenger deliver the Premier League title with Arsenal for the first time since 2004? Or will Claudio Ranieri defend his title at Leicester City? Find out with your Premier League tickets from Football Ticket Pad. 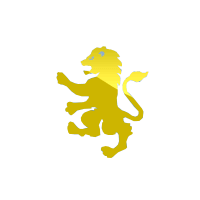